Get fresh music recommendations delivered to your inbox every Friday.

by Carrie Frey and Alec Goldfarb 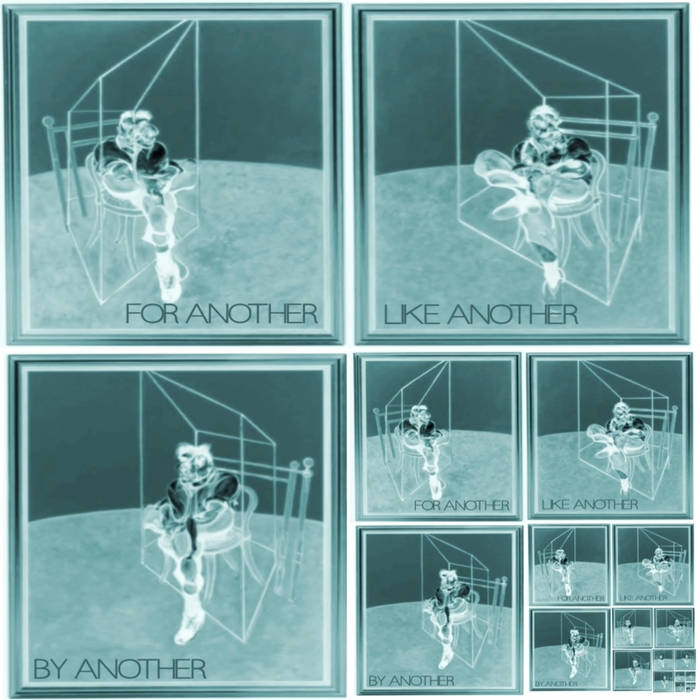 There was a frenetic delirium in New York as the city shut down in March. So that we wouldn’t have to weather the storm alone, we bunkered down in Alec’s sunny Ridgewood apartment. We improvised, began collecting moments, capturing them on voice memos labeled “1” “3a, 3c” “789.” Soon, we began to ask one another, "want to work on the piece?" "for another, like another, by another" was born of this spontaneous bricolage, a mixture of objects from a time that is so hard to make congeal into any psychic unity, the aurality of that terror made quotidian, necessarily fragmented, and yet also a two that makes one, so that when we listen back to this piece we hear ourselves speaking from one voice, ventriloquizing numbered figures we carved and set side by side.

Necessarily fragmented, a mixture of objects: “For in the work he does to reconstruct it for another, he encounters anew the fundamental alienation that made him construct it like another, and that has always destined it to be taken away from him by another” (‘Car dans ce travail qu’il fait…,’) (Lacan, Ecrits, p.249)

Bandcamp Daily  your guide to the world of Bandcamp

Little Brother joins the show to discuss their beautiful journey, plus tunes from Fat Tony